Home > Life stories > THE ABUSED AND THE ABUSER 2-Digging deep into child abuse. 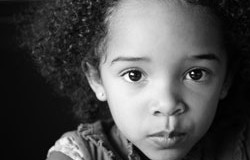 THE ABUSED AND THE ABUSER 2-Digging deep into child abuse.

Kate was sexually abused by her father, her mother was supported by a rehabilitation program that allowed them to speak to her dad but on her terms.

My daughter suffered from  suicidal thoughts and you know it’s hard because she can’t tell people in fact I’ve been told how bad a mother I am and why couldn’t I do something sexually for him. I think when you say abusers are evil and sick, you’re giving them an excuse to do it. He has given me a long list of why he did it but no matter what he says, to me  they’re just excuses and not enough reason.

Mary gave me a written statement about Kate’s dad explaining why he thinks he did it to Mary.. It reads,

” I have been a very selfish and self-centred person who only do things for my own gain. I held a belief that no one cared for me so I must care for myself. I grew up thinking my father didn’t care for me as I didn’t see him actively involved in my life. I learnt that the father of the family  did whatever he wanted. From there, I believed everything was mine and for my own use even my own people.”

Honestly, I still don’t get it.

Kate’s father, John completed the treatment for adults who have sexually abused their own child. He lives in a community and he agreed to meet with me. He has this to say,

This really got me emotional. He was following a thrill like driving a car too fast but with him it was just too awful. That he knew it was wrong and knew it was going to have an impact and he did it anyway.  What kind of a person does that? Meeting John brought back memories. What scares me is if that instinct developed in John and if what he says is true, could it develop in any of us?

I met  with Dale Tollday, a clinical advisor at an offender treatment program. He treats people like John, rehabilitates them. He has this to say,

Exposure to domestic violence is one of the factors that affects an abuser. The abusers see their victims as less of a person. Girls are more likely to be abused than boys are and girls overwhelmingly do not carry this behavior forward. Therefore, when people ask the question about whether the abused are more likely to  abuse sexually , they are actually talking about the boys. Whether the boys that were abused will abuse…well the vast majority of boys abused don’t abuse again.

One of the reasons I’m doing this is, I want to know how many people who were abused go on to be abusers – fearing for myself. I know I’m not like John.

Well I’m relieved but I still want to know what can be done to prevent abuse in the first place so I’m meeting with Dr Peter. He is a psychologist who  deals with convicted offenders and he has these views to share;

Pedophiles are those whose priority of orientation is towards children. My sex offenders are not pedophiles. They prefer an adult relationship but they would act it out on a child if they get an opportunity. I treat pedophile pre-offenders; those who have that orientation and know that it’s wrong but don’t want to act that way. So they come for pre-treatment having never offended. I have treated two pre-offenders. To make more pedophiles to come forward, the attitude and language of the society and community has to change. They need to know that if you vilify people, you drag them underground. You also take away their desire to be honest and accountable.

I had heard that he had been treating pre-offenders and thought “wow , great!”, this exists and it is out there and to know he has treated only two? I think we need to do better.

Even though I understand that offenders who have been through treatment are probably less likely to re-offend, I still wouldn’t want one moving next door. But if the most common abuser is a family member or a close friend, how else do we protect our children? I decided to meet a primary school teacher, Jayneen Sanders who found a way to teach kids about this issue..

This is the biggest misconception, when we talk to children about body safety that we are going to talk to them about sex but we are not teaching them about sex. We don’t show them graphic images. Simply put “it’s your body, no one has the right to touch it, if they do, you must tell straight away until someone believes you. When I was with a school counselor, I brought up the topic “sexual abuse prevention education” for children and every time I put it out to the school council, it was always put at the bottom of the agenda so I decided to write a book that parents could use as a tool to brush the subject of teaching their kids what I call “body safety”. Parents just think it is never ever going to happen to their child. It is the adults’ fear of the topic that put the children at risk.

I didn’t tell my mum so I didn’t know it was wrong. If that book had been around when I was little. Back then maybe I’d have told my mum maybe the abuse would have stopped sooner or the abuser would have been reported.

With so many people affected by child abuse it still amazes me that we talk so little about why people do it.

We seem more wrapped up in punishing offenders than figuring out how to stop them from doing it in the first place.

One day, I will talk to my son about this stuff sure it is scary and confronting but avoiding it won’t keep him safe.

Story by Chas Fisher from OUR LITTLE SECRET.