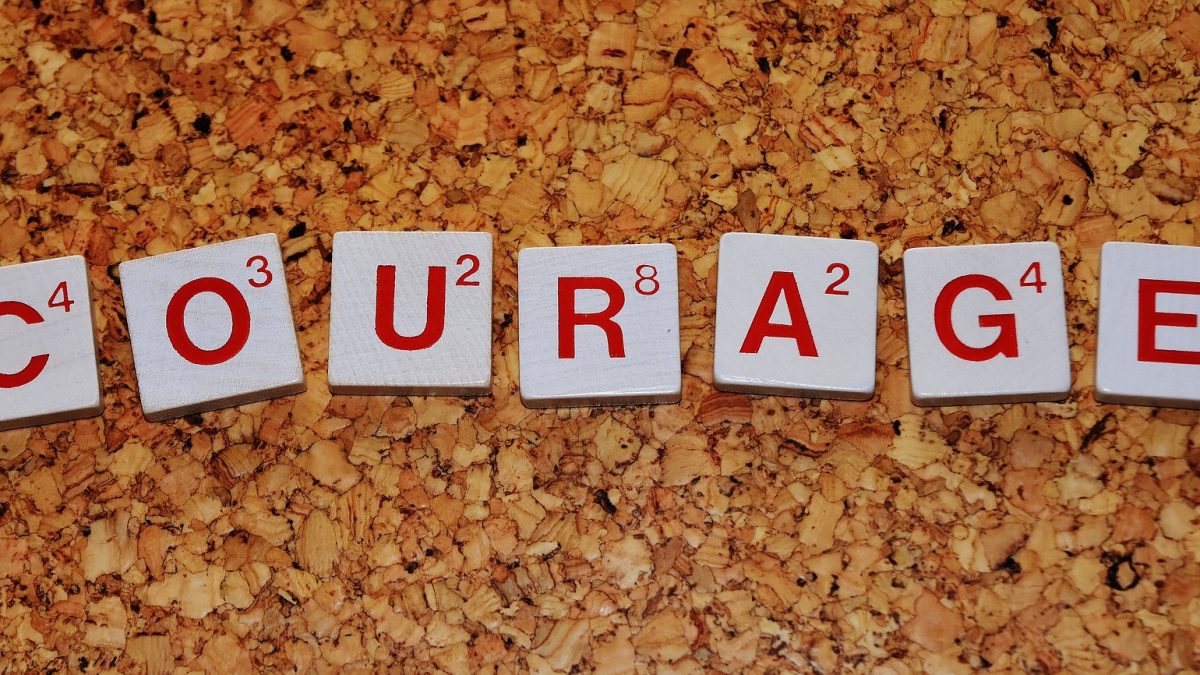 COURAGE TO ASK – The Ratty Situation.

A big black rat ate its way through my window into my room and taught me perhaps one of the top life lessons I would learn in the current phase of my life.
Imagine waking up from a nap and seeing a big rat staring at you. I couldn’t believe my eyes so I wore my glasses to ensure I was not hallucinating.

Alas, I wasn’t. It really was there.
In that moment, many things ran through my mind.

The leader of them being the fact that I would not sleep knowing a rat was right in the room with me. This was 5:15pm.
There were only 2 options, kill the rat or pray the rat finds its way back through the hole in the window. I did not want to kill that rat. It was smelly and scary, but it did not need to die. So I prayed.
I prayed to my God to lead he rat back to that hole. I adjusted the curtains to let the hole become more visible to the rat and I closed all the doors to the other rooms.

Basically, it was me, the window and the rat. This rat did not mind me at all. It kept climbing walls and performing all kinds of stunts at my expense. I was disturbed by it so each time it would move I would say my little prayer. This went on for hours.
Finally at about 11:15pm it happened. Somehow while I wasn’t looking, I heard the rat on the window seal. It had gone out through the hole. I dashed to the window and blocked the hole with the curtain.

I looked at the rat and it looked at me as if to say…”are you happy now?” Then it ran away.
Cool right?
One of the problems I was having during this rat incidence was the imminent threat of homelessness. I just got a new job that had accommodation promises attached. However, because there were more people than rooms, it was down to luck.
I already declined renewal of rent in my current accommodation, so I knew that in a matter of days I would be kicked out. Kicked out with no sign of another accommodation in view. I had only 2 options. Split my belongings and squat with a friend or move to another friend’s house knowing it would make her uncomfortable.
But, I had just prayed and believed my way out of a ratty situation.

The look the rat gave me made me know in an instant what needed to be done.

I calculated the date the current occupants of the accommodation I was hoping to get would evacuate the rooms and added a few resting dates. This ideal date was January 9.
Now, if you are a Nigerian that is conversant with government workers, you will know instantly that this is ludicrous. Especially since today’s date was probably December 27. Everyone I knew was sure the earliest time anyone would get an accommodation was March.

I refused vehemently to accept their reality as mine. I mean we lead different lives, they could afford to wait till March. I couldn’t.
I started reciting January 9 to everyone who cared to listen. People thought I was crazy. I went to the office to remind the man in charge of the accommodation every day at the same time. He kept asking me to come back. So, I did.
By January 3, the stakes were getting higher because I knew my landlord was going to come knocking at my door very soon. It was written all over my face that I was worried. That afternoon, I met a friend of mine on my way out from saying my evening prayers. She pleaded with me to wait and I just shrugged and waited. When she was done, she asked if I was okay. Of course, I wasn’t. Like I had been doing for days now, I said to her, “I’ll be homeless”. She tried to pacify me and all of a sudden she said, “Do you know Prof Albert is the VP. Admin?”(Not his name or position).
Prof Albert knew my parents as students and now knows me too. His position as the VP admin meant he was a boss to the “accommodation man”.

I know at this point you are thinking…”shut up!”
I immediately collected his number from my friend and called him. He did not pick up so I sent the saddest and most urgent type of message I could type at that moment. He called back a few hours later and I explained my plight. He was quiet for a while, then he asked me to remind him the following day.
I got to my apartment building that evening and my landlord was waiting for me. He told me the new occupant was moving in on Saturday (today was Wednesday). I was distraught. Prior to that day I hadn’t even thought of packing my stuff. Let’s just say the only thing that could stop me from crying was the fact that I started packing that night. All through it I was saying January 9.
I met with Prof Albert on JANUARY 4th and I was able to secure a meeting with the “accommodation man”. He explained to me that there was a paucity of accommodation and that they would get back to me. Not what I was expecting, but still, January 9.
I went back at the same time to the office to remind them as usual on Friday, January 5th but no accommodation still. Tomorrow was Saturday. I prayed, at this point optimistically that the new occupant would not show up. She didn’t.
At about 5pm on Saturday I received this strange call from a man who was shouting my name over the phone. I wasn’t even paying attention till he said “COME AND COLLECT YOUR ACCOMO….” I was bedazzled and relieved at the same moment. “…DATION ON MONDAY BY 10AM”.
I ran out overjoyed to inform my landlord. I called a few of my friends to tell the story just like I am telling you starting from the rat.
Do you know Monday was in fact January 8?
The woman in charge of the keys was asking me to wait till January 9th to collect my keys because she was too busy to check me into the room. “WHAT?” I thought, “After telling landlord I am leaving today?”
I begged like a crazy person till she agreed to check me in.

We got to my room and it was in the sorriest dusty and cobwebby place I had seen in recent times. But it was mine and it was perfect.

She gave me the keys and just like that, I wasn’t homeless anymore.
I was going to move in that evening and clean my room with my bare hands.

I cleaned for hours and finally by 1:40am January 9, 2018, I laid my bed and slept in the room I believed into being.

You see dear person reading this, like Oprah said, “you get in life what you have the courage to ask for”. This quote kept me going all through the times I would doubt that my January 9 was not valid.
You would notice how things fell in place gracefully and naturally, but not without obstacles. I think that my strong-willed belief was what kept me going.

My dream was a need and it was valid. Your Dreams are valid.

What is the near impossible thing in your life that you want to achieve? Perhaps you are praying for what is already yours.
What is your January 9?
Have the courage to ask.