Home > General > CHILDREN OF BLOOD AND BONE – A Review by Osanyingbe Mayowa. 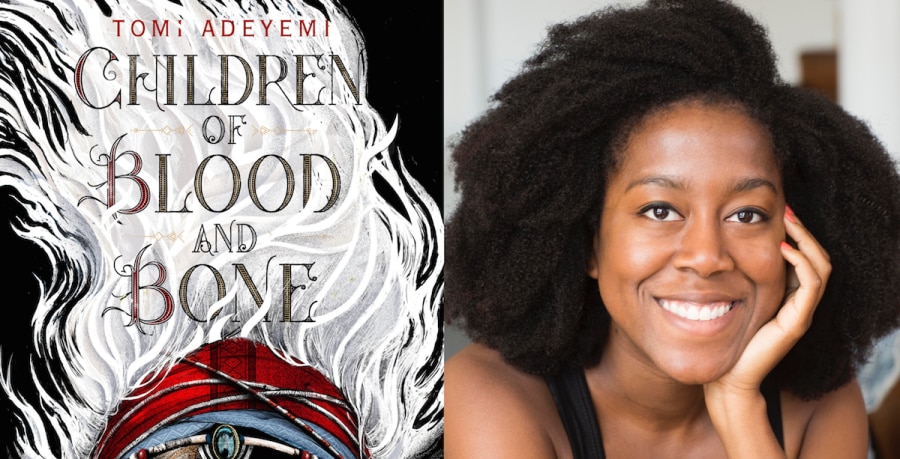 CHILDREN OF BLOOD AND BONE – A Review by Osanyingbe Mayowa.

Tomi Adeyemi‘s debut young adult (YA) fantasy book Children Of Blood and Bone is a wonderfully written literature about the Western African heritage as it pertains to the use of magic where the dynamism of the human emotion comes into play when what was once thought of to be extinct resurfaces when a fisherman’s daughter Zélie and an unlikely band of allies and enemies went on a quest to reawaken magic in the country of Orïsha.
Having gone through the first few chapters of this book, I would say the story is delicately poised to have a dramatic end ,this expose is on three protagonist whose decision went on to decide the future of orisha as it all began with an impulsive character in Zelie Adebola a diviner, whose life changed after she lost her mother to the king’s rebellion against the use of magic which led to the extinction of magic in the land and ever since then, diviners have been labelled a curse in Orisha primarily because they are prisoners of the essence of the rebellion with their distinctive features of white hair.

Adulthood started early for Zelie as she and her brother were left alone to take care of their father (Baba) who hasn’t been the same ever since the rebellion, But her life took a turn when she helped out a stranger in princess Amari who was on the run from the king’s guard while she was trying to trade. But this encounter promises to change the course of their lives and the reign of the kingdom.
The world of Princess Amari was different as she had the grace being raised by her parents but she is a character who is drawn to her fantasies of adventure outside the wall of the palace. She was not interested in living the princess lifestyle but due to her royal status and the fear of disappointing her parents she couldn’t live out her fantasies , all this change when her fright turn into bravery as she went against her father after she witnessed him kill her maid who happened to be her best and only friend in cold blood when her diviner’s magic was awoken with a magic scroll,of which she stole the scroll and fled the city capital with the help of Zelie.
Crowned prince Inan, a newly promoted captain of the king’s guard whose character is on a vengeful path towards apprehending Zelie after she made a mess of him in his pursuit of her and the said fugitive who happened to be his sister as he misses out on the chance to impress his father on his first mission after being promoted. Now after being fully briefed by his father the king, he is now torn in between protecting his sister and retrieving the stolen scroll.
So what will happen?
Will Princess Amari and Zelie reawaken the diviner’s magic of Orisha?
Will Prince Inan finally redeem himself in the king’s eyes by getting the scroll back?
Will he save his Sister from his father’s wrath?
Will he finally get his revenge on Zelie after their first encounter?

I guess I have to continue reading to find out.

As I wrap up this exposé on this beautiful literature, it is important I point out how this book relates an evolved African culture, where the narrative of the female gender is being shifted from the norm we know it to be and is now being respected, treated and judged based on their intelligence and will, despite their insecurities and can be a formidable leader when faced with challenges just like the character Zelie Adebola who led her fight to reawakening magic in Orisha.

It is a wonderful book!

A Review by Osanyingbe Mayowa.